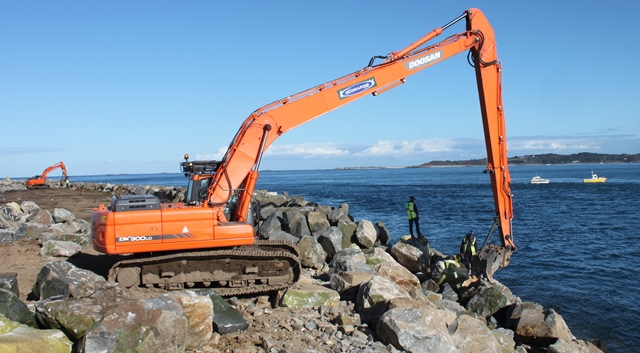 Landside works for the major Belle Greve Long and Short Sea Outfall project were completed for Dutch marine contractor Van Oord on time and on budget at the end of October. Other marine and related projects have also been delivered over recent months including: