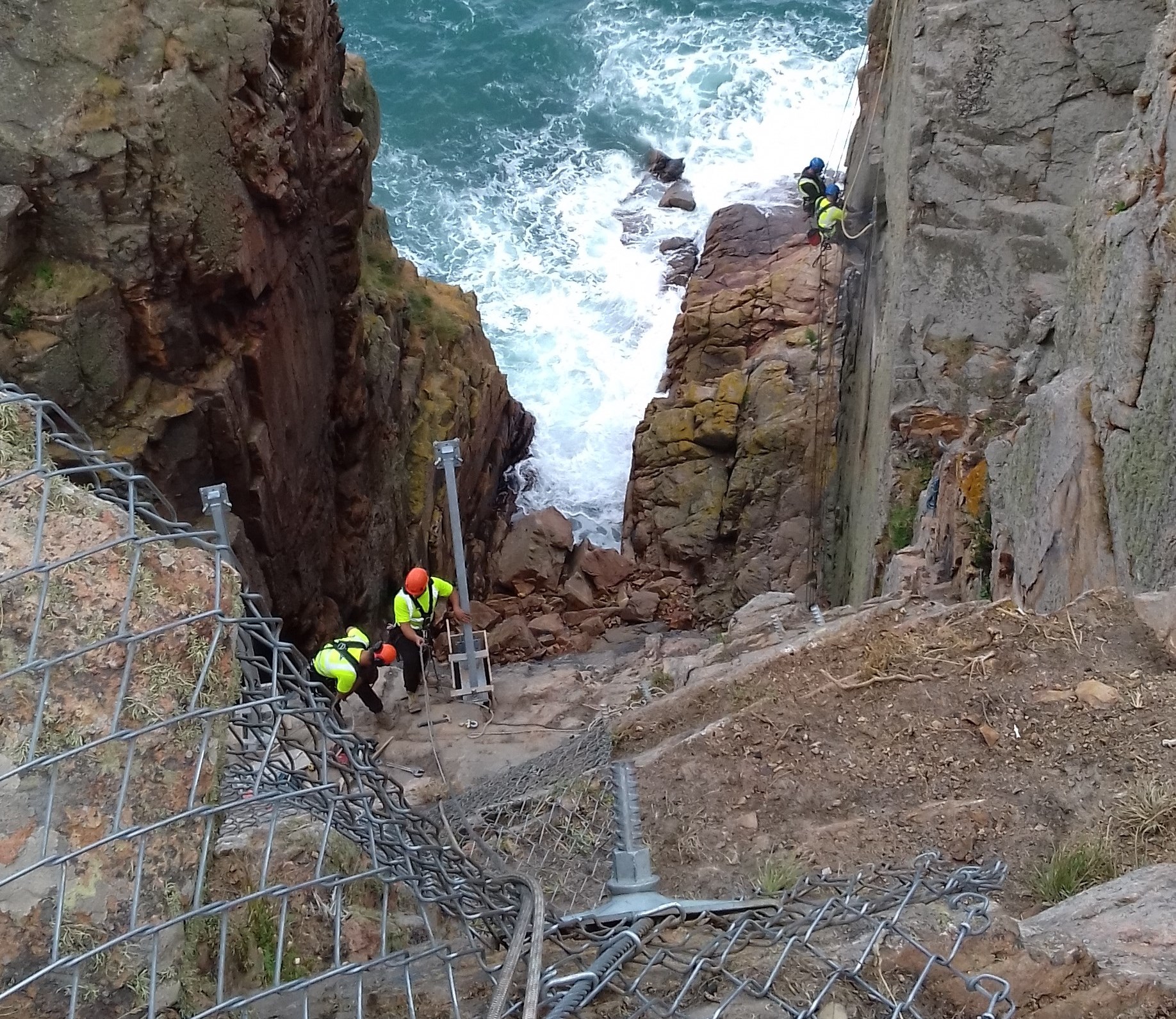 Geomarine Jersey have been working on one of the most important Neanderthal sites in North-west Europe.  A major project is under way at La Cotte, a fissure to the south of the jagged point of Ouaisne Bay, to protect it from the forces of nature so it can continue to yield important information about the Island’s ancient past.

The site has been excavated since the 1880’s producing in excess of 250,000 finds including stone tools and bones however over the last eight years storm surges have eroded the archaeological deposits so Geomarine have been working closely with archaeologists to stabilise the rockface to prevent falls before work can be commenced on building a defensive wall across the ravine into La Cotte.