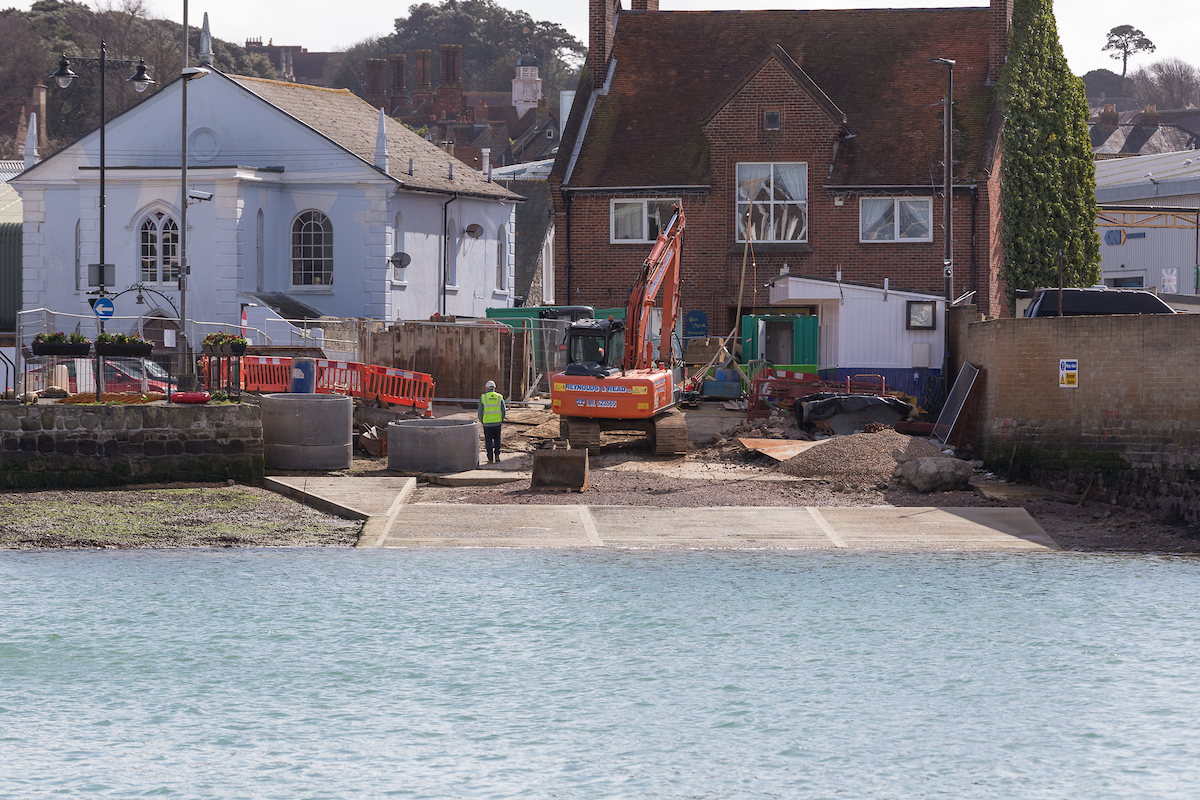 Update on the IoW Floating Bridge

Geomarine (UK) are now in the final throws of handing over the completed landing slipways for the new Cowes Floating Bridge.  The contract to replace and upgrade the Floating Bridgechain ferry landing slipways and associated passenger and vehicle approacheshas been on-going since January.  Its completion in May will see theintroduction of a new and significantly larger ferry linking Cowes and East Cowes.

Geomarine were appointed by the Isle of Wight Council to completely demolish and remove the existing slipwaysand reconstruct using a combination of sheet piling and fibre reinforcedconcrete surfacing.  The construction works required rare, very low springtides to reach the lowest slipway areas to allow their construction. Originally planned to be complete in 12 weeks, by the end of March, the project was extend by 6 weeks as a result of client instructed additions and variations.  The most significant of these being a 10m extension of each slipway, required to allow the ferry to land 365 days of the year at all states of tide.

The project has required prolonged periods of split shift tidal working, day and night, in difficult winter conditions and has been a true test of commitment and resilience for the site team.  The new chain ferry was successfully delivered to Cowes at the end of April and will go into service in the 2nd week of May following intensive crew training.