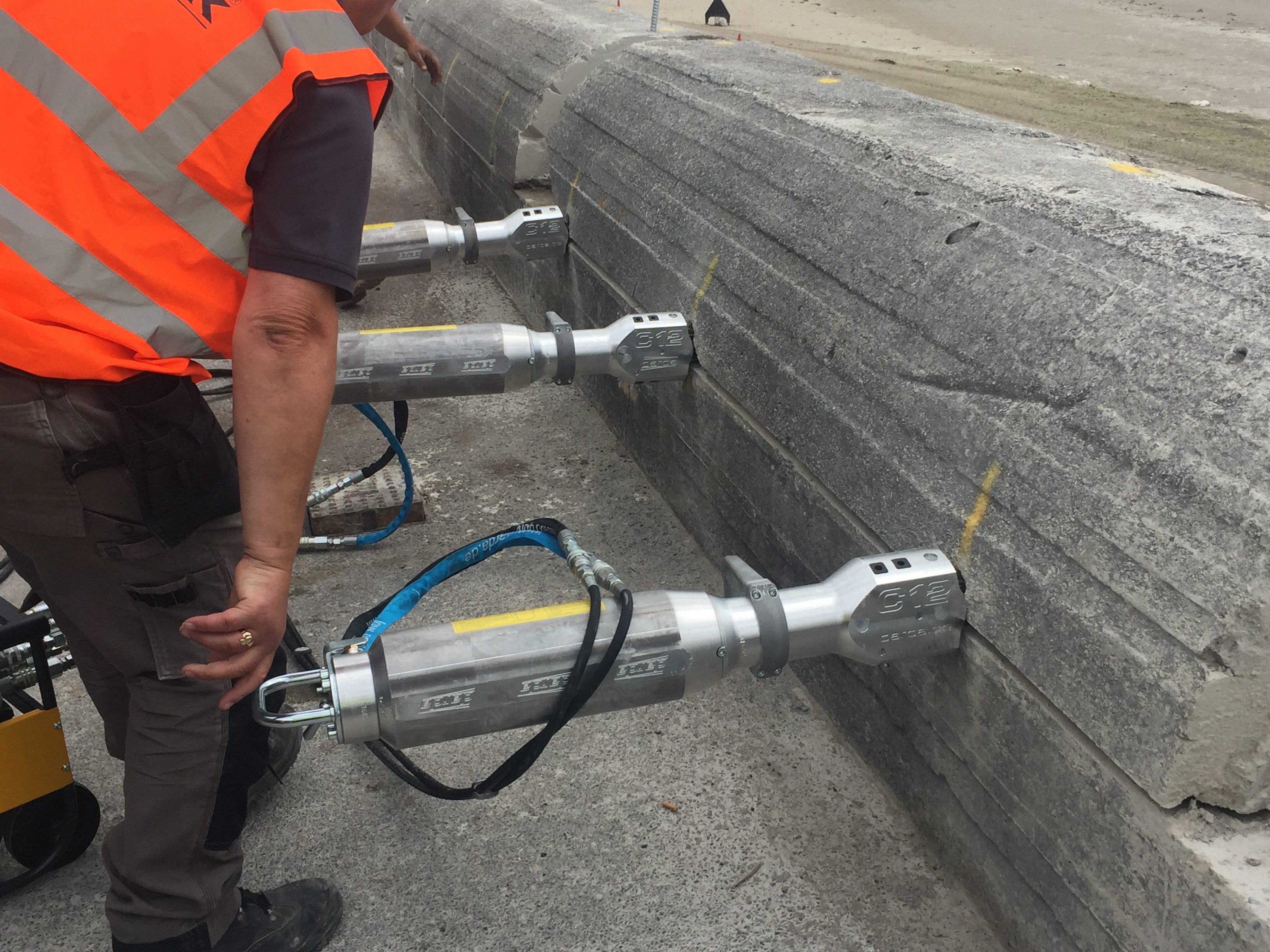 Works are well under way in St. Aubin’s Bay. The works involve the removal of the top section of rounded WWII mass concrete seawall, to be replaced with an engineered wave return seawall to help deflect the waves back out to sea.

In order to minimise noise and dust suppression (a key planning stipulation for the client (Department for Infrastructure)), Geomarine tendered an alternative methodology to the, more obvious, wet cutting. We are utilising a hydraulic plug and feathers system, providing a dust free and near silent operation. The splitters, directly owned and operated by Geomarine, deliver 1,000 tons of collective splitting force. Prior to splitting the seawall, a 200mm horizontal cut was required on either side to isolate the rebar between the core and the cap. Once split, the seawall would be lifted from its core and disposed of, thereby exposing a suitable key for the rebuild works to be carried out.

The rebuild features specialist Cintec anchors, of which Geomarine have extensive experience in installation and a relatively new technology in the use of a ‘Zemdrain’ self-adhesive membrane on the sea side of the wall. During the concreting process, this system removes excess air and water from the formwork/concrete interface resulting in a high quality concrete surface with significantly increased durability, which is ideal in a marine environment. 14m long steel shutters are used to form the designed profile of the new seawall. The landside shutters are made from regular shuttering plywood with strong back, acro-props and rock anchors all being used in tandem to support the formwork.

The project has raised a number a challenges which have been overcome by a collaborative approach by the Project team and Department for Infrastructure. These have included the requirement to maintain access for all pedestrians, cyclists and the tourist train at all times, resulting in tight working conditions, together with challenges posed by the sea and time critical access to the beach.

Completion date: 31.10.2017, with programme on track to finish ahead of schedule.