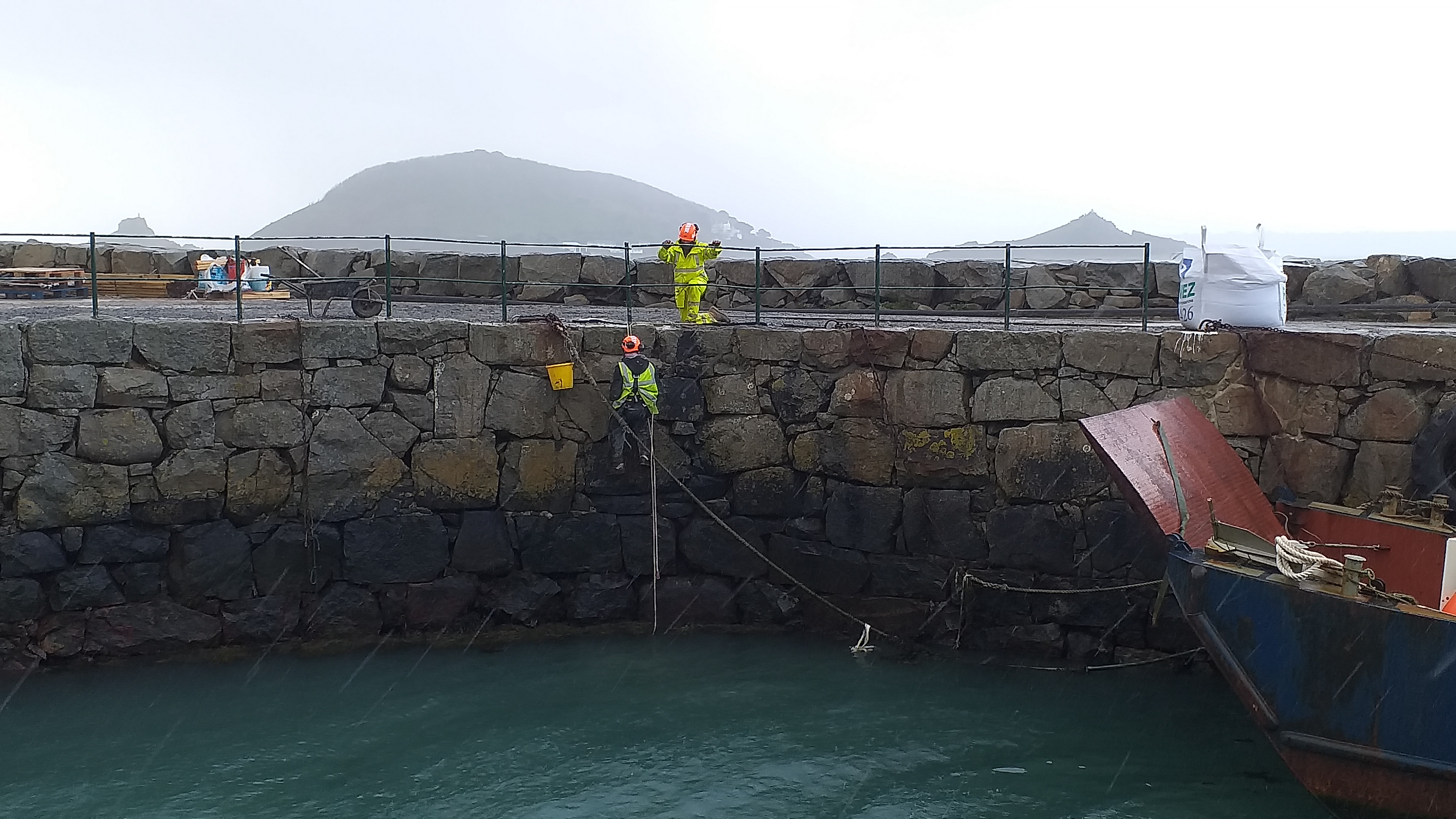 As Guernsey worked its way through the various stages of lockdown, Geo were able to mobilise a team under Tim Kaines and foreman Russell Simon to push on with multi-discipline works for long-time client Herm Island.

Understandably, Herm are very keen to be up and running for what promises to be a bumper tourist season in 2021 and Geo are happy to do their bit.

The project, which commenced early in the New Year, was effectively on ice during lockdown until Geo answered the call.

Tim paid tribute to the work ethic and motivation of his team who have been working a 7 day week since returning to the Island. “Even the iconic Mermaid pub has been closed but the guys managed to soldier on!”

Herm CEO, Craig Senior, has also been delighted with Geo’s efforts and impressed with the team’s dedication in moving lock, stock & barrel to the Island for the duration of the re-visit.

In-line with Herm’s commitment to re-investing in the Island’s infrastructure Geo’s contract includes extensive upgrades to the Seagull campsite utilities together with extending the Mermaid’s toilet & shower facilities. Whilst on-site Geo will also be involved in maintenance of the harbour, Rosaire steps, Belvoir Bay steps and a cliff stabilisation project which will follow-on after completion of the main works before Easter and the return of Guernsey’s happy campers and day-trippers.