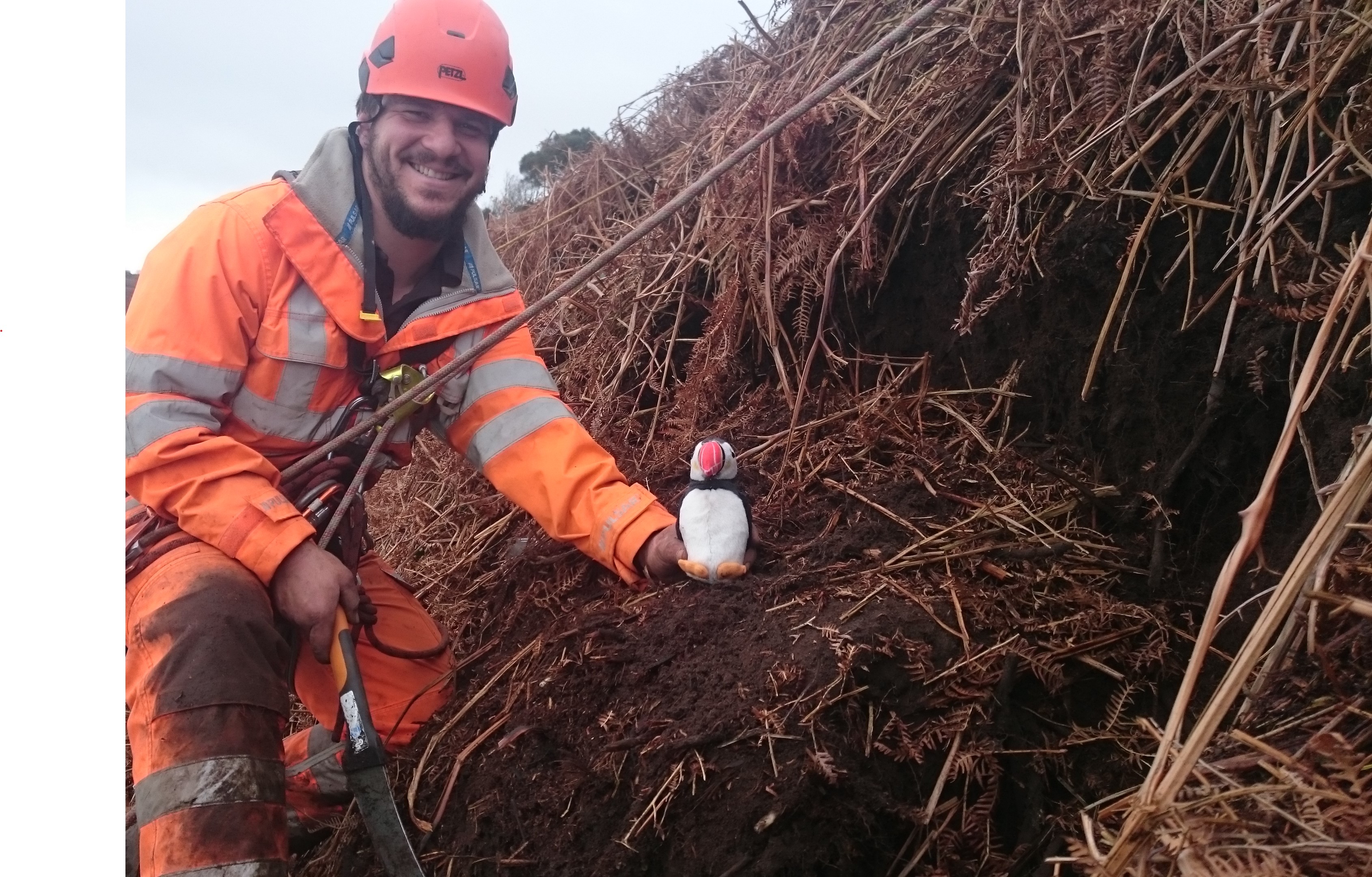 The Birds On The Edge (BOTE) project is a long-term partnership of Durrell Wildlife Conservation Trust, States of Jersey Department of Environment and the National Trust for Jersey.

BOTE has started work on the north coast to restore the breeding sites of endangered seabirds, starting with the puffins.

A total of 17 puffin nest boxes, in the shape of artificial burrows, have been buried in the cliffs of Jersey’s north coast, in a collaboration between Birds On The Edge and Geomarine Jersey.

The artificial burrows try to imitate a natural puffin burrow, with an entrance tunnel to a larger chamber, which is buried underground.

Puffin burrows are defended by the breeding pair, who return to the same burrow every year. The female lays a single egg, which is incubated by both parents for 5-6 weeks. Both parents also share the feeding duties of the chick, or ‘puffling’. When the puffling is ready to fledge it comes out of the burrow and flies away during the night. Puffins usually reach breeding age at 5-6 years old, and can live for up to 20 years.

This is part of a wider project aimed at improving the habitat and breeding opportunities for the puffin population of Jersey, which at the moment stands at four pairs.

Geomarine has sent their “rope team” to assist the rangers of the National Trust and the Environment Department during the works. The rope team sucessfully installed some of the boxes in an otherwise inacessible slope which was deemed suitable for the artificial burrows.

Puffins can be seen in Jersey waters between the months of April and June, from the north coast footpaths. They are often found bobbing in the water with Razorbills, Fulmars and gulls.

Quote from Cristina Sellarés, Birds On The Edge project officer:

“In the wild puffins dig their own burrows or use rabbit warrens. We have installed the artificial burrows to ensure that the population can increase in a safe breeding environment, as part of a wider project aimed at improving seabird habitats in Jersey. Geomarine’s help was crucial to access this particular cliff, where we hope new puffin pairs will find the burrows to their requirements.“

“ We are delighted to be working with Birds On The Edge in this conservation initiative and we hope that this iconic species will soon benefit from this collective effort.”