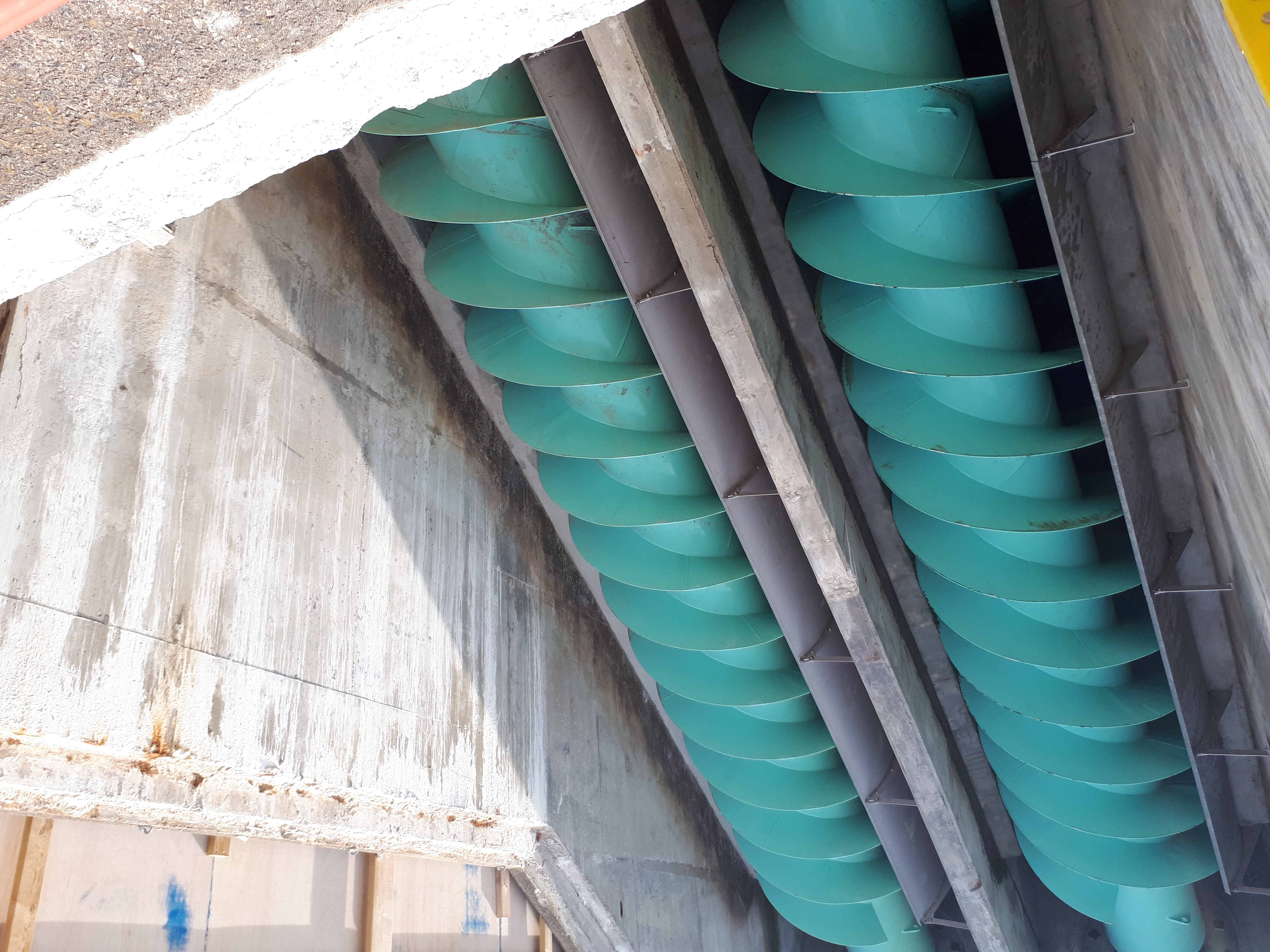 In Jersey, most people drive past the White Horse and the Dicq Shack heading East without noticing a large concrete structure which has been shrouded in fencing and Geomarine banners for the last 6 months. Behind the hoarding there are two 9.75 meter long Archimedes screw pumps, which have just been replaced after fifty years of preventing a large swathe of land in the east from flooding.

Water from the brook goes out to sea via a simple flap valve. On high tides, the valve closes off which triggers the pump (screws) to come on and increase the head pressure on the land side of the valve.

The project was logistically complex due to the requirement to ensure flooding could not occur and taking into account tides and the restricted access.