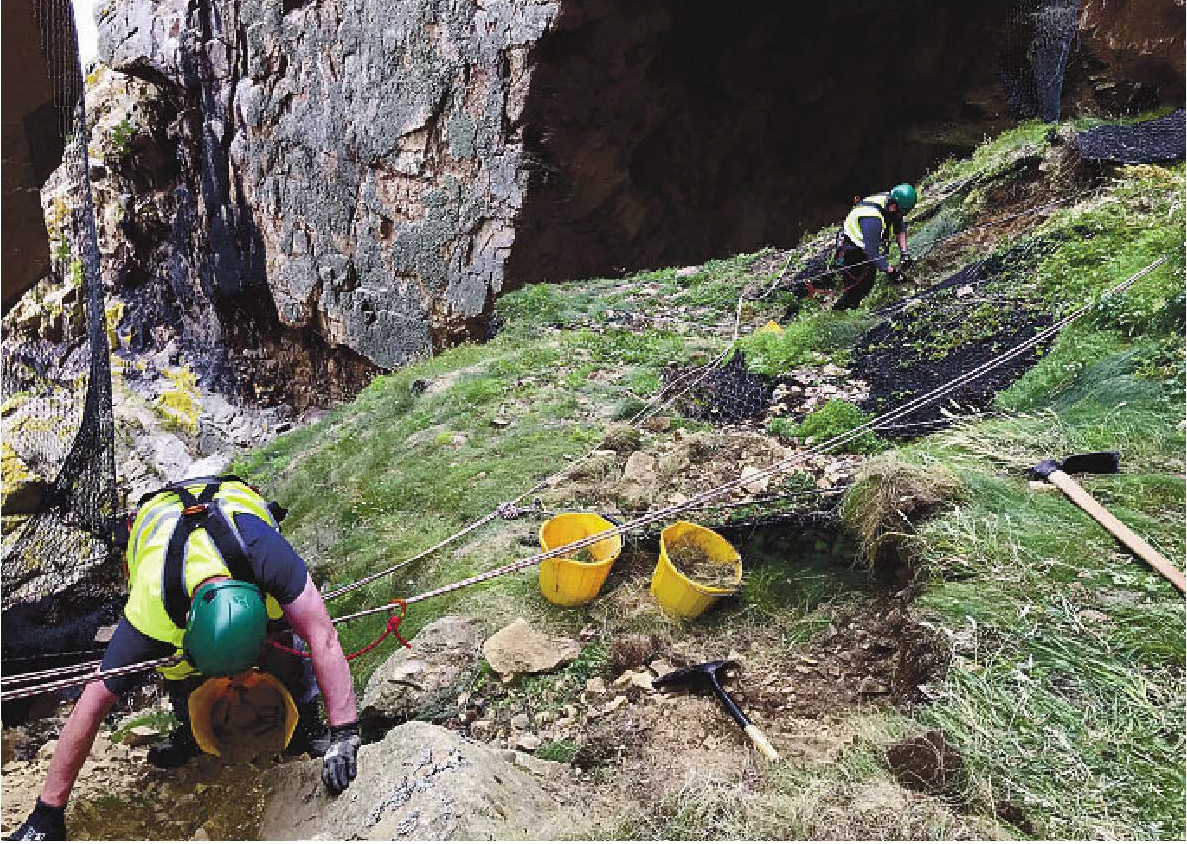 Geomarine have been working closely with archaeologists from UCL’s Institute of Archaeology and The British Museum, who have been completing the first excavation of La Cotte de St Brelade in nearly 40 years.

The project involved the team abseiling to the site with Geomarine’s rope access team for the 30m plunge.  A number of Neanderthal artefacts were discovered on the site which will become the key focus to the excavation in future years.

Geomarine have been working to stabilise the area since February to ensure the site was safe before investigative work could be completed. They have also sponsored work, in association with Jersey Heritage, on a virtual reality programme which tells the story of La Cotte’s pre-history which is now installed at Jersey Museum. Dr Matt Pope stated that ‘the excavation methods developed with Geomarine will push the boundaries of what is possible at a dramatic site like La Cotte and challenge people’s conceptions of how we do archaeology in the 21st century’.