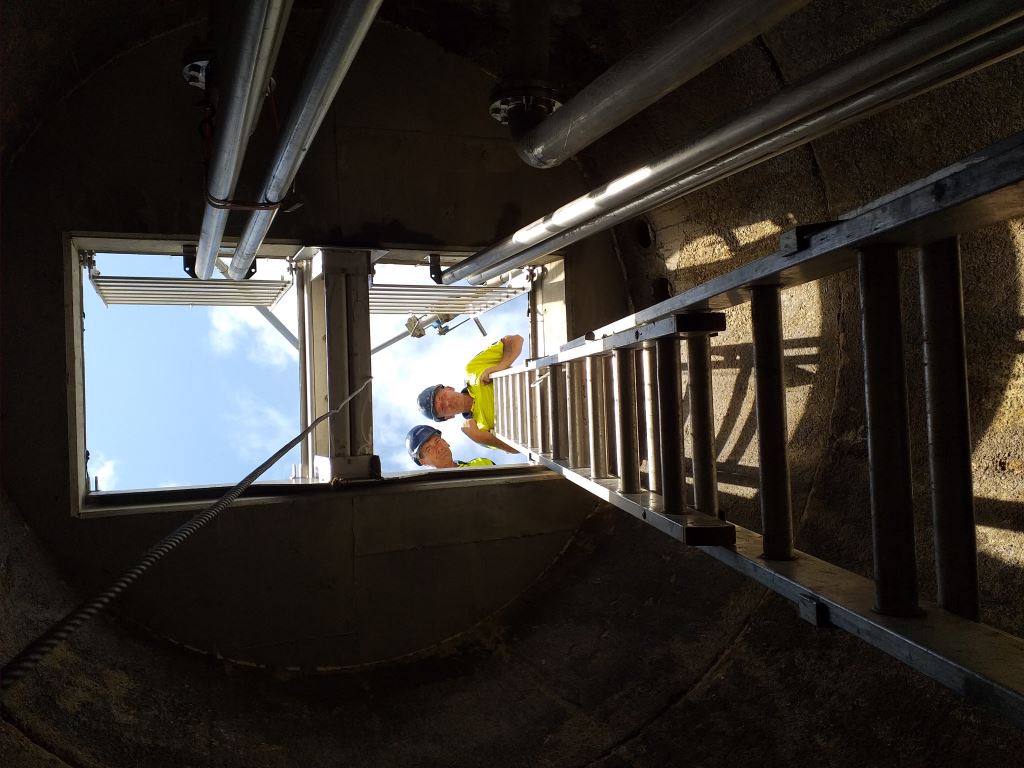 All Hands to the Pump

Works are progressing well on Geomarine’s contract to upgrade five pumping stations and are working directly for the client, Guernsey Water on an NEC contract for the complete package. The stations have been identified by Guernsey Water as key assets and have been prioritised within their ongoing asset maintenance regime. In short; invest now to save in the future.

Works began in April 2021 at Fontaine Vinery PS and Geo are now nearing completion of Clos du Murier PS, with works already underway at the third site, Courtil Le Clements. The upgrade at Clos du Murier involved the construction of a new valve chamber and cover slab, replacement of all pumps and internal pipework. Associated ground level slabs, plinths, chambers and a low level retaining wall round out the package. The remaining pumping stations will require similar modifications and the entire contract is expected to span approximately 40weeks.

Geo’s Project Engineer, Becky McAllister, says, “I’m grateful for my team’s efforts on the works completed so far and look forward to delivering the final station for our valued long term client”.

Foreman Mick Grogan, Charlie Stevenson and Martin Langlois have been working with Becky on the project.